At noon on 11th November 2016 a time capsule was buried next to the commemorative hornbeam tree to mark the centenary of the end of the Battle of the Somme during the First World War. Students from the Lewtrenchard Primary school helped plant the capsule which contains items that may be of interest in 50years. Letters from the children were included in the capsule with the exception of one which was read by the writer, Bethany, during the event. The event was the culmination of several months of local events related to the centenary. 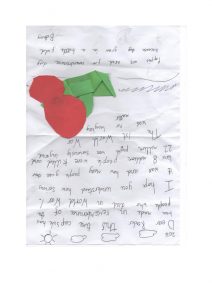 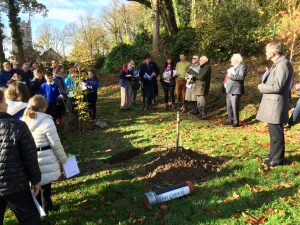 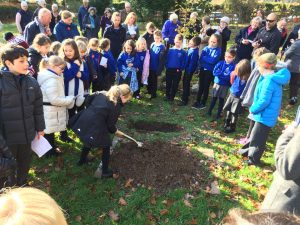 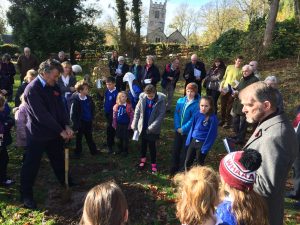