The Forgotten Garden and The Holy Well of Lewtrenchard 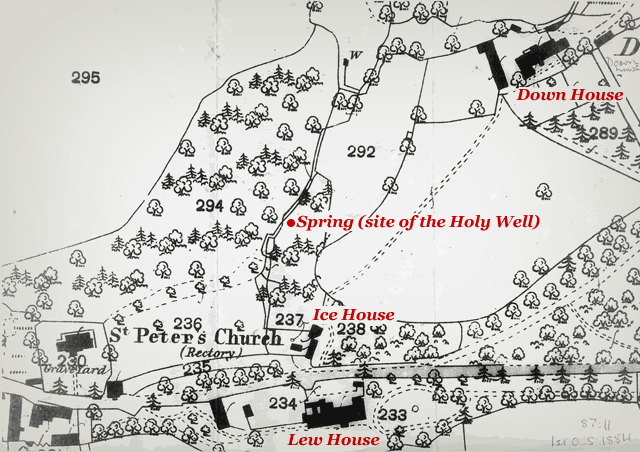 The earliest information available on the Holy Well of Lewtrenchard is an entry made in the parish register for 1830 by the curate Caddy Thomas. He wrote that the “Holy Well behind the church has been re-erected and formerly its water was used for the font”. There is reason to believe that forty one years later in 1871, the year before Sabine Baring-Gould inherited the Lew estate, Thomas Caddy’s well was knocked over and buried while trees were being felled in the surrounding woods. And so it remained for the next forty two years.

The first clue to the site of the Holy Well was a spring shown to have been present in the Glen on an 1884 OS map.

Years later, in 1913, Sabine wrote in the parish records: “Holy well re-constructed Easter week”.  The well was in the valley known as The Glen. 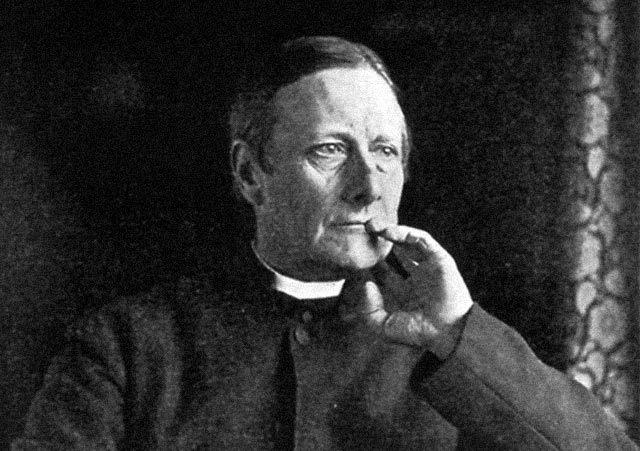 It is believed that the creation of a typical Edwardian woodland garden in The Glen followed soon after. Traces have been found of an old garden, evidenced by the remains of a series of ponds and waterfalls, a grotto, walkways, hedges, cultivated herbivorous plants and shrubs, stone steps and viewing areas.

It is known that Sabine’s wife, Grace was crippled with arthritis at this time and that Sabine was keen to encourage her to take as much exercise as possible. From comments in Sabine’s correspondence there is reason to believe that he thought Grace needed to be motivated to take exercise.

There is also a suggestion that she was fond of walking in the Glen. It is possible that Sabine saw the creation of a garden in the Glen as a way of enticing Grace to take the exercise she needed: she might also benefit from the curative properties of the Holy water.

The start of World War I in 1914, just a year after the garden was created, and the subsequent disappearance to France of young men from the parish must have placed a heavy strain on Sabine’s ability to maintain all the gardens at Lew Trenchard. The garden in the Glen would have been an early casualty. Grace’s health continued to deteriorate and she died in 1916. Sabine was heart-broken and never fully recovered from her death. His own health declined, his own ability to walk any distance was also lost and he died in January 1924 just a few days short of his 90th birthday.

Four years later, in 1928, Sabine’s daughter-in-law, Marion, moved the “wishing well” housing from the neglected wood to form a feature in her new terrace rose garden in front of Lew House.  The woodland garden and the Holy Well were effectively lost… and forgotten for nearly a century.

Early research by local history enthusiasts led to the formation of The Friends in 2007 for the purpose of researching and restoring the lost woodland features for the benefit of the local community.

More about the Holy Well